Cardano’s price started a strong surge above $0.7000 and $0.8000. ADA is consolidating gains and it is likely to continue higher above the $1.00 resistance.

In the past few days, cardano’s price started a strong rally after it settled above $0.5000. ADA price rallied significantly and it broke many important hurdles near $0.6500 and $0.7200, outperforming bitcoin. 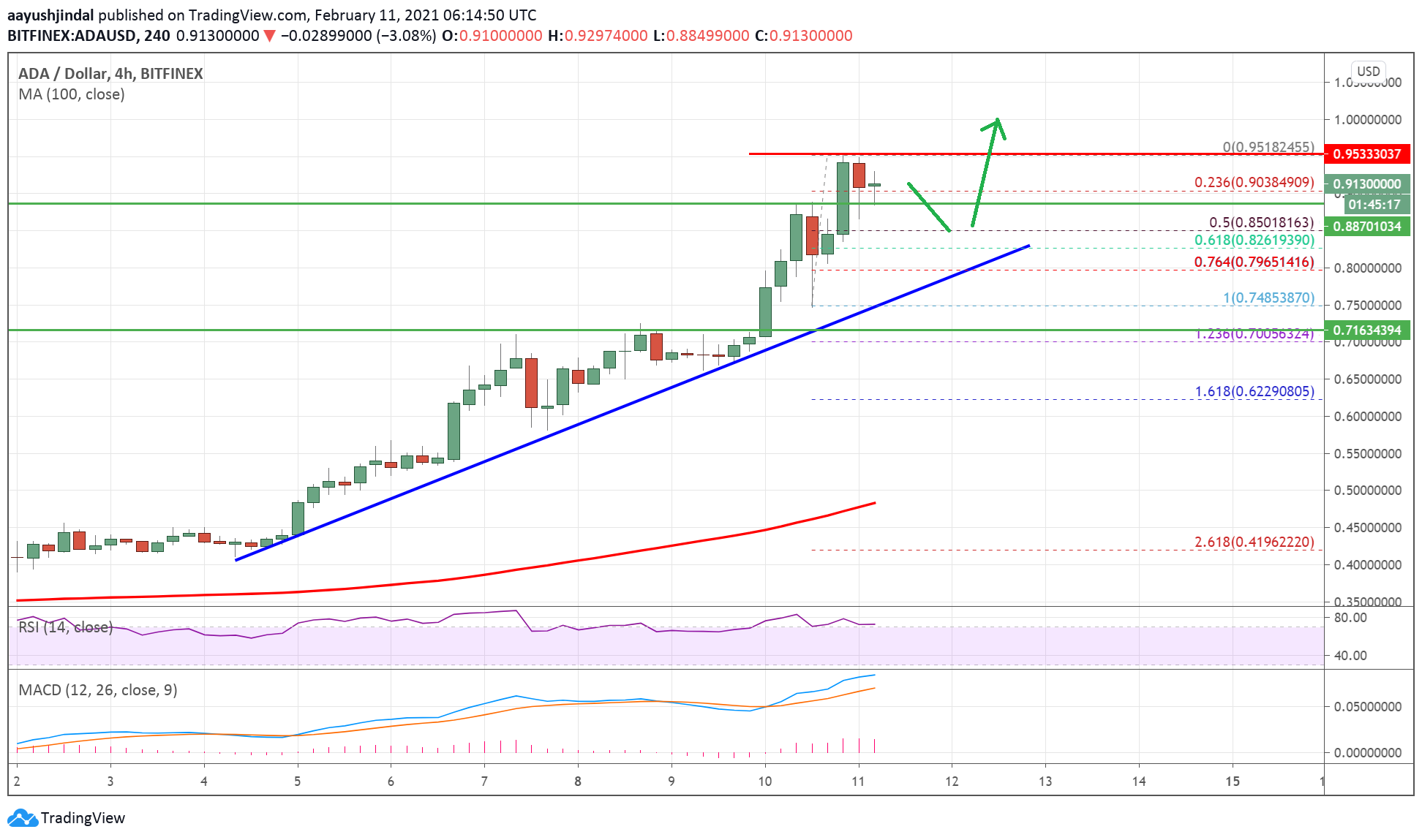 A successful break above the $0.9500 and $1.00 resistance levels may possibly lead the price further higher. In the stated case, it could even test $1.20.

The main support is now forming near the $0.8200 level and the trend line zone. A clear break below the trend line support may possibly push the price lower towards the $0.7200 support level in the coming session. Any more losses could encourage the bears for a test of the $0.6500 level.

4-hours MACD – The MACD for ADA/USD is clearly gaining strong momentum in the bullish zone.

4-hours RSI (Relative Strength Index) – The RSI for ADA/USD is currently in the overbought zone.